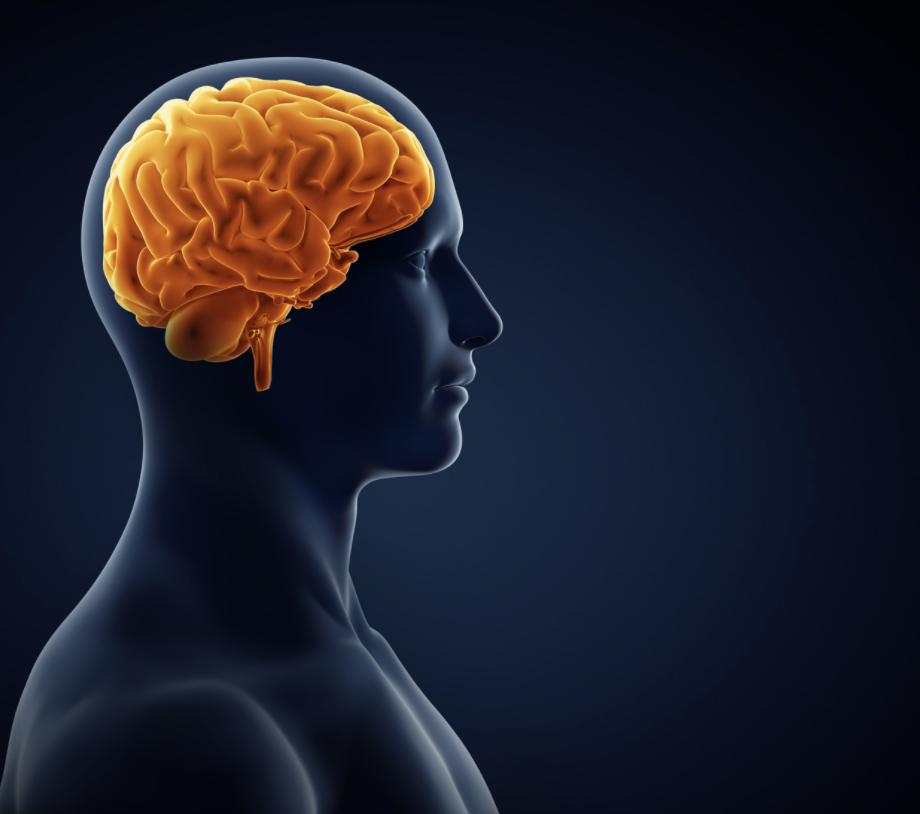 Have you been feeling nervous, worried or on edge during these uncertain times? You might have even experienced an uneasy feeling in your belly. The gut-brain connection is responsible for this stress response. It’s because a big part of your stress response actually happens inside your gut in a kind of secret “second brain”.

In fact, scientists are learning more and more about this intimate relationship between your gut and your brain each day.  It is actually bidirectional. Just as your brain can send “butterflies” to your tummy when you are feeling anxious or nervous, your gut can relay its state of calm or alarm to the brain and nervous system.

This “second brain” that resides in your digestive tract is known as the enteric nervous system.

The central nervous system and the enteric nervous system are created from the same tissue during foetal development. They are also connected via the vagus nerve. The vagus nerve is the longest of the 12 cranial nerves. It extends from the brain stem through the neck, past the oesophagus, between the lungs, through the diaphragm to the abdomen. It directs many of the bodily functions that we have no conscience control over. Tasks such as maintaining the heart rate and controlling digestion.

The vagus nerve is the primary channel of information between the hundreds of millions of nerve cells (neurons) in our enteric  nervous system and our central nervous system. There are actually some 500 million neurons in the enteric nervous system; 0.5% of the number of neurons in the brain. This is  5 x more neurons than the 100 million found in the spinal cord. Scientists have thus nicknamed the gut “the second brain” because of the abundance of neurons.

This gut-brain connection or communication directly back-and-forth between the second brain and the brain in your head is also known as the “gut-brain axis.”

This axis is an incredibly complex system involving hormones, nerves, body fluids, your immune system and more. Your gut bugs (microbiota) role is explained further below.

Your second brain regulates muscles, immune cells and hormones. It is also manufacturing in its nerve cells in the gut around 80-90% of the serotonin (known as the “feel good” hormone) in your body. Making more serotonin than your brain does. Which is why is can influence your mood.

And recent research reveals that the second brain may actually not be second at all. It can act independently from the brain and control many functions without the brains input or help.

The body’s response to stress

In order to further connect the dots in the gut-brain connection it helps to consider the body’s general response to stress. This response could be physical, eg running out of the house when you spot a mouse (this would be my response!!) or mental, eg the stress response when you are having an argument with your neighbour.

Unfortunately the body doesn’t differentiate between these two stressors. So your heart can pound just as much when you run in fright as when you approach your neighbour to argue. Both scenarios are perceived as a threat to the body. Natural steroids and adrenaline flood through your body and your immune system releases chemical messengers called inflammatory cytokines. Your body is on high alert, which works well when you are under duress. Rarely however, do we find ourselves running from threats.

But physical stress also includes contact with toxins or pathogens. We come into contact with these daily with the dietary choices we make. Now, when the body meets a substance or ingredient it does not like it may not necessarily produce a fight or flight response, but it will most likely produce an immune response. An immune response that happens over and over again can cause inflammation.  And chronic inflammation is associated with many diseases. It is worth noting that your microbiome regulates or manages this immune response.

The communities of bacteria living in the intestinal tract are known as the gut microbiome, or gut flora. About 10,000 distinct species co-inhabit the human gut but some experts now put the figure upwards of 35,000 species. Bacteria make up the majority of the gut microbes (there are also yeasts, viruses and protozoans, amongst others) and collected together, the bacteria in your gut would weigh about the same as your brain.

The bacteria in the gut directly affects the stimulation and function of the cells along the vagus nerve. Some of the gut’s microbes can actually release chemical messengers, just as our neurons do, that talk to the brain through the vagus nerve.

Your gut’s bugs are now also considered to be an organ in their own right. The latest science points out their role:

Your gut has its own immune system- the “gut-associated lymphatic tissue” (GALT). It represents about 70- 80% of your body’s total immune system. Aside from your skin, your gut is where your body has the most chance of encountering  foreign material and organisms.

So your microbiome could be considered your body’s gatekeepers and rulers. The gut bacteria monitor and “educate” the immune system. This ultimately helps to prevent the immune system from reacting to foods and causing autoimmune responses.  It functions optimally when it is in balance.

Good bacteria in the gut minimise the amount and effects of bad bacteria. They also react positively with the immune system and your hormones (eg cortisol and adrenaline).

Bad or pathogenic gut bacteria can cause disease. This can be because they are related to a specific condition. It may also be because of the way they interact with the immune system in the gut to cause the release of inflammatory molecules and stress hormones. As discussed previously, the body’s stress response reacts as if we are being chased like a bear regardless of the perceived enemy. When these bacteria get out of balance (due to poor eating, stress or some medications including antibiotics) it can throw more than just your gut out of whack.  Because of the gut-brain connection it can make you moody, depress your libido, metabolism and immunity. It can even change our perception of the world and clarity of thoughts. Scientists are now looking into the links between gut issues and ADHD, autism, diabetes, cancer and dementia.

So what can you do to keep your gut-brain connection thriving and happy? Especially during these uncertain times.

The good news is that you have the power to change, heal and nourish a healthy gut microbiome. By doing so you will be preserving the health and function of your body and your brain.

What you eat– choose foods rich in probiotics, increase your fibre and reduce sugar and processed foods.  Researchers point towards choosing low-carbohydrate foods and embracing high quality fats. Intermittent fasting is also seen as a way to change gut bacteria. Research also suggests that you can enjoy wine, tea, coffee and chocolate in moderation. These contain polyphenols which are powerful antioxidants that significantly reduce the risk of neurological aliments.

The kind of lifestyle you lead- destress, exercise regularly and focus on getting 7-8 hours of sleep each night.

What you are exposed to in the environment –this refers to substances that may kill or otherwise adversely change the composition of your gut bacteria. It could include environmental chemicals or drugs like antibiotics. Now, sometimes antibiotics will be life savers and necessary. You would then compensate and look to your diet and lifestyle to nourish your gut.

It is worth noting that you can actually have your gut microbiome tested to assess the quality of your bugs. This would best be done through your GP but there are companies that specialise in this emerging field that can also connect you with specialist health professionals

This is an emerging field where science is making huge progress in terms of understanding the enormous role the gut plays in our health and the diseases of our western society.

This blog is only a very brief introduction to the topic of the gut-brain connection and gut health. If you are interested I would suggest some further reading. It is fascinating and food for thought!